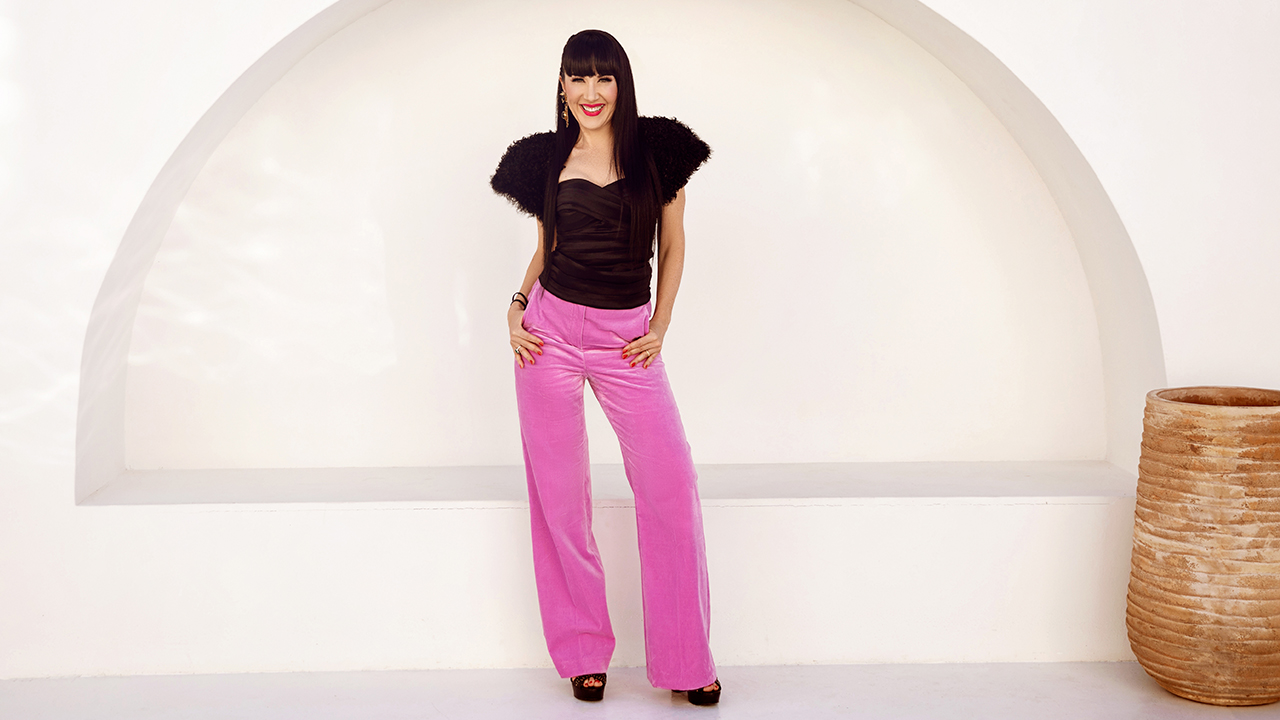 I sued that f*cker

I felt the feeling in my gut every day I walked into the office.

Nausea mixed with anxiety. I wanted to puke. 🤮

The man was not only my boss but also a tyrant and a sexual predator.

My father’s words used to ring in my head when I’d walk into the building.

“Ingrid, the only way to be safe and make money in your life is to work for a big corporation or the government for security.”

I hated this job with every fiber of my being. I never wanted it in the first place. ☠️

I just wanted to please my Dad. And before long I began to believe him, so I sucked up my disgust and went to work every day like a good girl.

The truth is my father was a divine man that I LOVED, and he was also a misogynistic and fear-based bully. I know he loved me, but his fear drove him to say cruel things that crushed my spirit.💔 Maybe he was right. Maybe I couldn’t run my own business. Perhaps I would fail. Perhaps my visions of being a CEO DIVA, doing what I love and living by my own rules and standards were absurd.

I wanted to make him proud, even though I knew nothing I did would ever be enough unless I put on a suit and worked for the BIG FAT SCREAMING man in an office. 🤕 So I sucked it up every day and went to work for a fraudulent company that was built on lies, deception and taxpayer dollars. #GROSS #PATRIARCHY

Part of me wanted to rebel, but the other part craved acceptance more.

It didn’t matter at that time how much I felt I was meant for more because I was paralyzed by my father’s control. ⚔️

I continued to show up at the office and receive abuse, even though I wanted nothing more than to escape both these men.

Every day was a nightmare. 🤯 I felt terrified and anxious. I would never know when he’d start screaming, throwing things, and verbally abusing me and other employees.

It was not an environment conducive for anyone to thrive in. ❌

I was so over the abuse and manipulation.

That’s when it happened…

I was on the phone 📞 with a lawyer when I saw my boss storming straight for my office, his face red with rage. I knew what was coming next.

He started screaming at me while I was on the phone.

The lawyer responded with: Ingrid, pick up your bag, walk out of the office, and I will sue that dick for you.

I felt like someone had handed me a lifeline. 🔥

So I grabbed my bag, walked out the door, and never looked back.

And I sued that f*cker.

I went to mediation with my boss—who was forbidden to speak to me but looked like he wanted to kill me—my lawyer and my mother.

I won the settlement, but it wasn’t about the money. 💰 It was never about the money. I received a few months of salary as a payout but ultimately won back the most important thing: my self-respect.

It was a rite of passage for me and gave me the strength I needed to reclaim my power. 🌟 I said no to abuse and finally stood up for myself and, in doing so, broke the cycle of being abused by men forever. 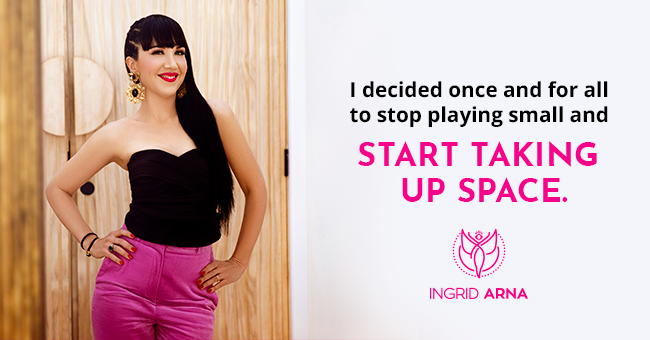 Everything changed at that moment. I began to embody a new frequency: one filled with self-love, confidence, and a laser clear vision. And I put on my CEO DIVA hat and launched my entrepreneurial endeavours.

I decided to RISE from suffering to salvation. 🌟

For far too long, I’d been playing the victim, and the abuse had kept me broke, sick, and anxious. 🤢

I was given the chance to escape, and I took it. 💪

I decided I was done listening to what anyone else wanted from or for me. I didn’t care about disappointing my father anymore. I wasn’t going to buy into his reality of what he thought I was capable of.

I was going to create the life I wanted for myself, ✔️ no matter what anyone else said, and no matter how loud the fear was I wasn’t going to allow it to stop me for a moment longer.

At the end of the day, you can take on board the BULLSHIT and THE FEAR or CHART YOUR PATH with FIERCE RESILIENCE and FAITH.

I became an empowered, strong-willed, powerful woman—and NO ONE was taking that away from me. 💃

This is what I want you to feel, —confident, powerful, capable, strong, respected, unstoppable. 🔥

I could have stayed in that office that day and not stood up for myself—and realistically, that’s what would have happened if I wasn’t on the phone 📞 with someone who empowered me to walk away—until I got so freaking fed up and walked out after torturing myself for another few years!

But deep within, I knew the Universe had answered my divine prayers 🙏, and I would have been foolish not to listen and take action.

While your story might not look identical to mine, , I know there’s something your soul still craves. 📢

And I know for sure that you need to lift your STANDARDS. 💯

Maybe it’s not an abusive boss, but it could be showing up at a dead-end job you HATE. 🤢

It could be that you’re still struggling in your 5 or 6 figure online business, hustling 24/7 and wanting to quit because, despite the long hours, you’re not seeing the results. ⚠️

It could be trying to please your own abusive family members and feeling as though NOTHING is ever good enough. 🤯

The real question is whether what you’re doing is good enough for you. 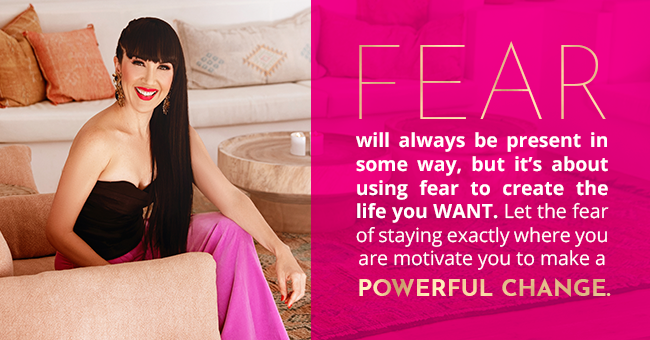 The day I launched my business and sold my first $6000 package healed me. 😍

It was a ‘fuck yes!’ to my FREEDOM and an acknowledgment of finally making money sharing my SOUL GIFTS from deep unwavering passion!

I was able to do the work I loved, share my gifts, and pass on my magic and divine healing to my clients. 💃

The rest is history. Just to be clear, I now have a multimillion-dollar business, and I built it in FIVE YEARS! #FromZeroToShero

Every single day I get to share my heart, soul, and potent teachings with hundreds of students, and it’s the best job I could have asked for when I was wasting away in that office. But I had to create it for myself. 💯

Diva, you deserve ALL the things you want in your life. ALL OF IT. 🔥

The first thing you need to do is decide you’re done with all the other bullshit that’s keeping you stuck where you are.

It’s time to become a vixen and take back what’s yours. You don’t need permission from ANYONE. ❌

I invite you to CHAT WITH MY TEAM, diva, and deeply feel into what it would be like to:

It starts with your choice.

It’s time to end the suffering, so you can fully embody the powerful and sacred woman you are by letting abundance and confidence shine through.

I believe in your transformation. I believe in you. I invite you to say F#CK OFF to all the naysayers and bullies, and claim your divine, wild, and fearless femme future now.

So much LOVE and divine riches,

Ingrid Arna is the founder and CEO of The Ingrid Arna Company and the creator of the Gucci of online business programs, High End Empire. Ingrid Arna and her company are leading the charge in teaching conscious capitalism and building leaders who are devoted to global healing. The return is massive impact and million dollar brands that give back.

Since becoming a mother, the only resolutions Ingrid has stuck to are swapping G-strings for granny panties and quadrupling her fees. She’s never been happier. 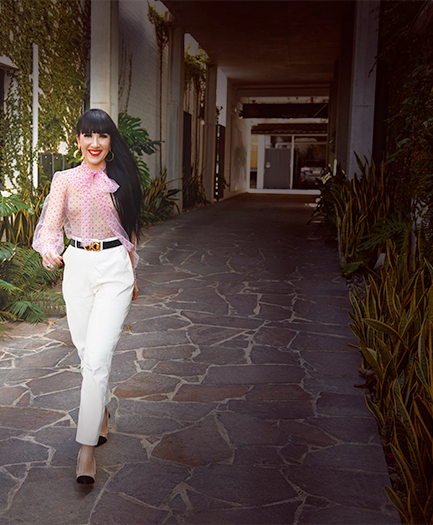 Discover your Femme Business
Archetype and shift from taking orders
to taking names and credit cards. 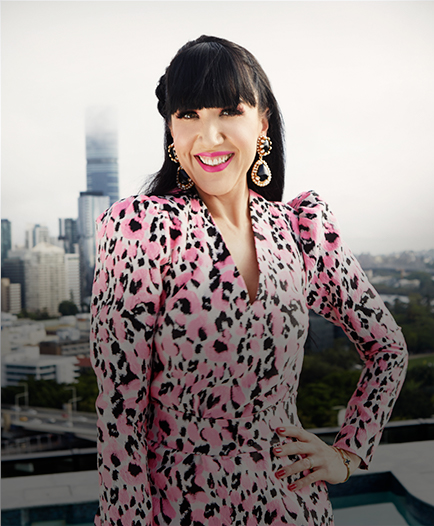 Ready to ramp up your
income and impact,
with diva grace?

Apply here to talk to my team